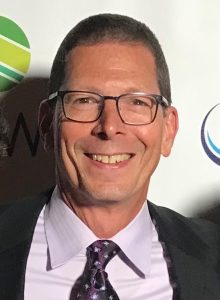 Mr. Geller focuses his practice on complex bankruptcy and commercial litigation, corporate reorganizations, workouts, Chapter 11 bankruptcies, and bankruptcy and commercial mediation. He has represented creditors’ committees, debtors, trustees, secured creditors, and unsecured creditors in cases of regional and national significance, including: the Creditors Committees in In re Great Northern Paper, Inc., and In re Lincoln Paper and Tissue, LLC, two Maine paper mills, In re Belknap, Inc., and In re HFH, Inc., two of the largest Chapter 11 cases in Kentucky history, and In re Telesphere Communications, Inc., a complex telecommunications bankruptcy in Illinois; the debtors in In re Commercial Financial Services, Inc., a case involving approximately $1.6 billion in securitized assets, and In re Direct Air, Inc., a commuter airline bankruptcy; the Chapter 11 trustee in In re Chicago, Missouri & Western Railway Company, one of the first railroad reorganizations under the Bankruptcy Code of 1978; one of the “test case” plaintiffs in the LandAmerica bankruptcy case; secured creditors such as Freddie Mac, Ocwen Federal Bank FSB, Home Savings of America, and The Bank of Maine in dozens of commercial foreclosure, bankruptcy, and receivership cases; and unsecured creditors and interested parties in the Fairpoint Communications and Montreal, Maine & Atlantic Railway Chapter 11 cases.

Mr. Geller was a partner in the Commercial Law Department of Jenner & Block (Chicago) until he relocated to Maine in 2000. From 2000-2008, Mr. Geller was the sole member of the Law Office of Jay S. Geller and, for most of that time, Of Counsel to Shaw Fishman (Chicago). From 2009-2011, he was Co-Chair of the Business Restructuring and Insolvency Practice Group of Bernstein Shur. Effective as of January 1, 2012, Mr. Geller reestablished the Law Office of Jay S. Geller.

In addition to his bankruptcy and commercial litigation practice and his mediation practice, Mr. Geller was a member of the Board of Directors of Pro Bono Advocates (now known as the Domestic Violence Legal Clinic), an Illinois not-for-profit corporation, from 1992-1999, and served as President of PBA’s Board from 1994-1997. He has been recognized by the Illinois State Bar Association and PBA for his work on behalf of victims of domestic violence and applicants for political asylum, as well as for other public service. Mr. Geller was a member of the Board of Trustees of Congregation Bet Ha’am (South Portland, Maine) from 2007-2013, and continues to serve the Congregation in various capacities. Mr. Geller also is a volunteer for the Credit Abuse Resistance Education (CARE) program.

Mr. Geller is a Fellow of the prestigious American College of Bankruptcy and is certified as a business bankruptcy specialist by the American Board of Certification. He is AV-rated by Martindale Hubbell, and is recognized by Chambers USA and Best Lawyers in America for his work in bankruptcy law.